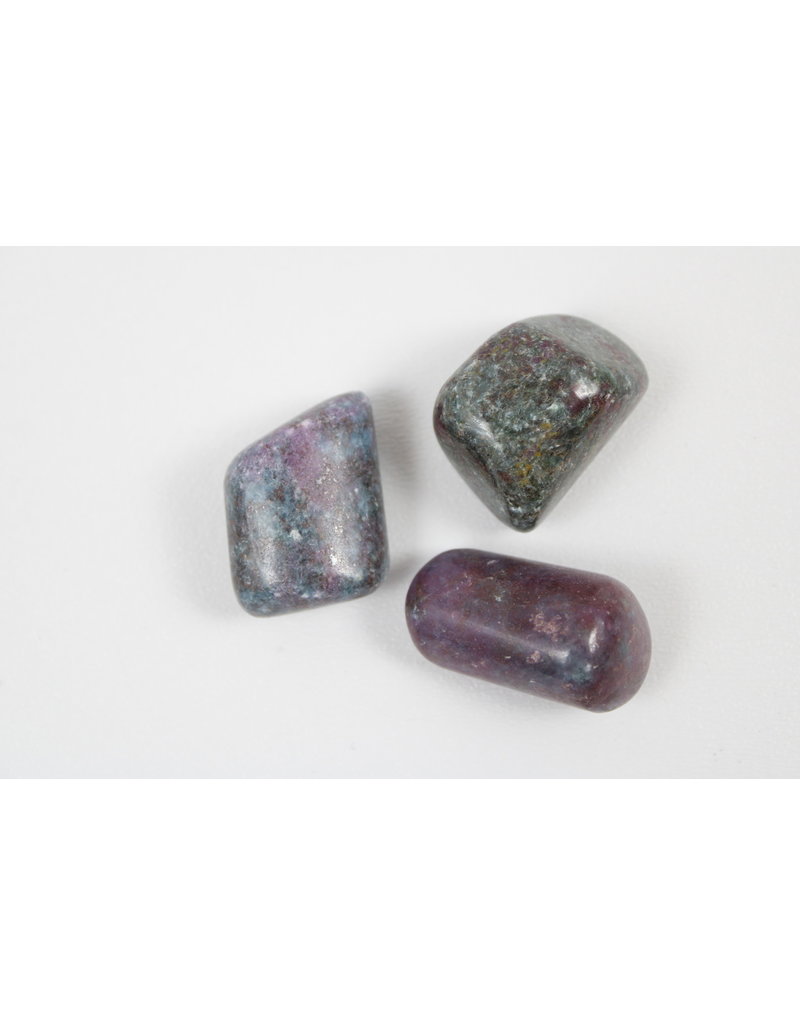 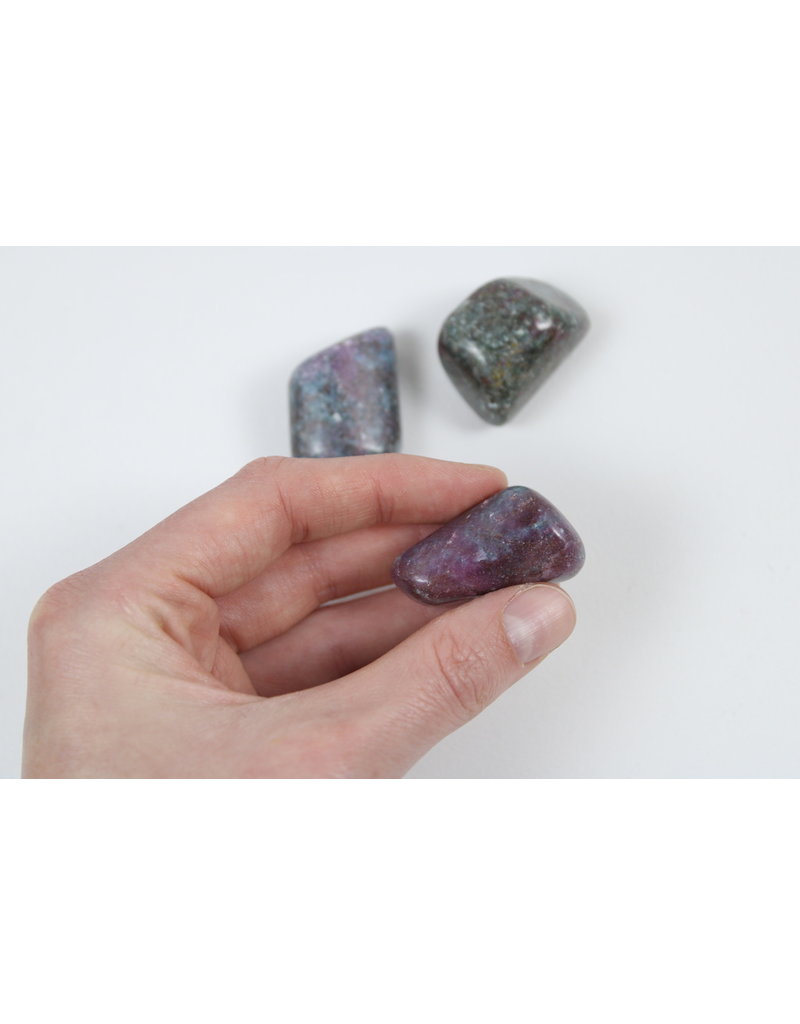 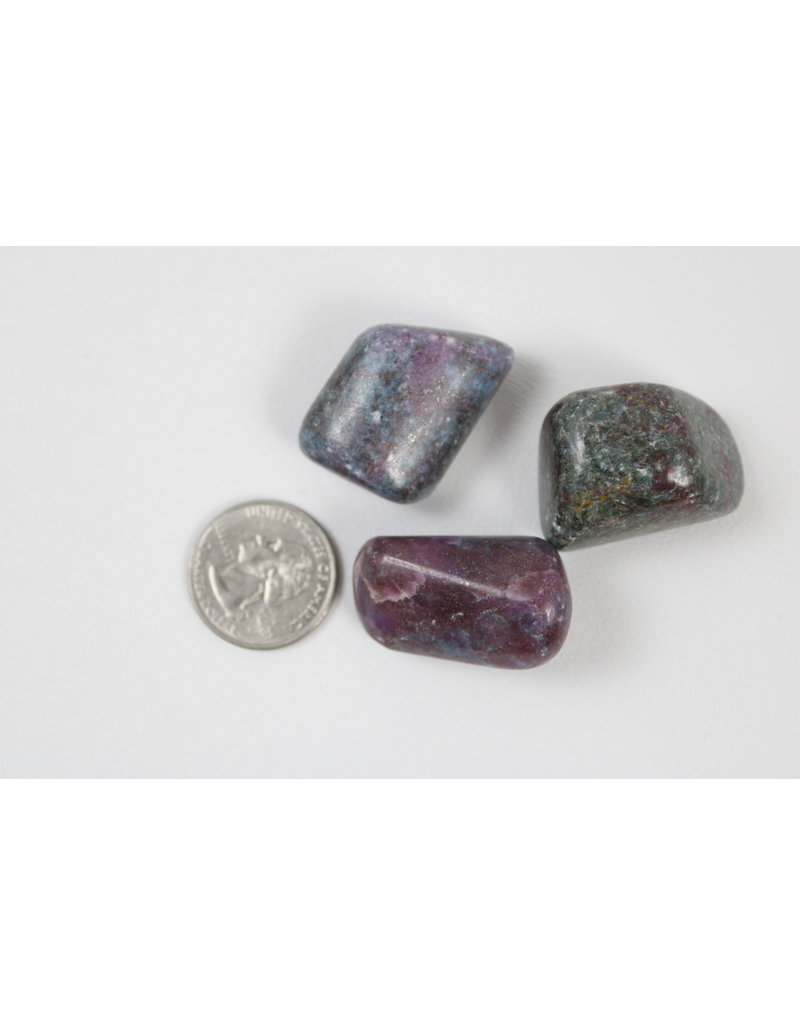 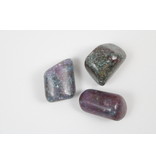 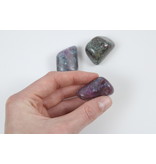 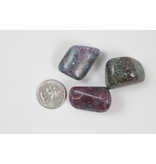 These tumbled ruby kyanite stones are formed into a pleasing, soft shape with rounded edges which can be used for massage, as a type of worry stone, Feng Shui element, or as a simple accent on your desk. Shaped in India from large masses of blue kyanite containing red or pinkish-red ruby crystals, each piece features a unique pattern of blue, red, and sometimes pink or purple shades.

Mineralogy: Ruby is the reddish, chromium-enriched variety of corundum. It is usually metamorphic but is occasionally of igneous origin. On the Moh's hardness scale, rubies have a hardness of 9, thus are only surpassed in hardness by diamonds.
Kyanite is a mineral found mainly in metamorphic rocks. It most often forms from the high pressure alteration of clay minerals during the metamorphism of sedimentary rocks. It is found in the schists and gneisses of regionally metamorphosed areas, and less often in quartzite or eclogite.

Metaphysical Properties: Ruby aids in the regeneration of the physical and spiritual heart, strengthens immunity, and increases joyfulness. It is thought to correspond to the Heart and Base chakras and encourage leadership, courage, heightened awareness, and vigor.
Kyanite is said to enhance creative expression, communication, and serenity. It is also thought to facilitate astral or interdimensional travel.
The combination of ruby kyanite is said to have the additional benefits of terminating unhelpful cyclical behaviors, and helping one to manifest their true desires.

As with all of Mother Nature's creations, appearance will vary, but the item you receive will be similar in quality to the photos above.