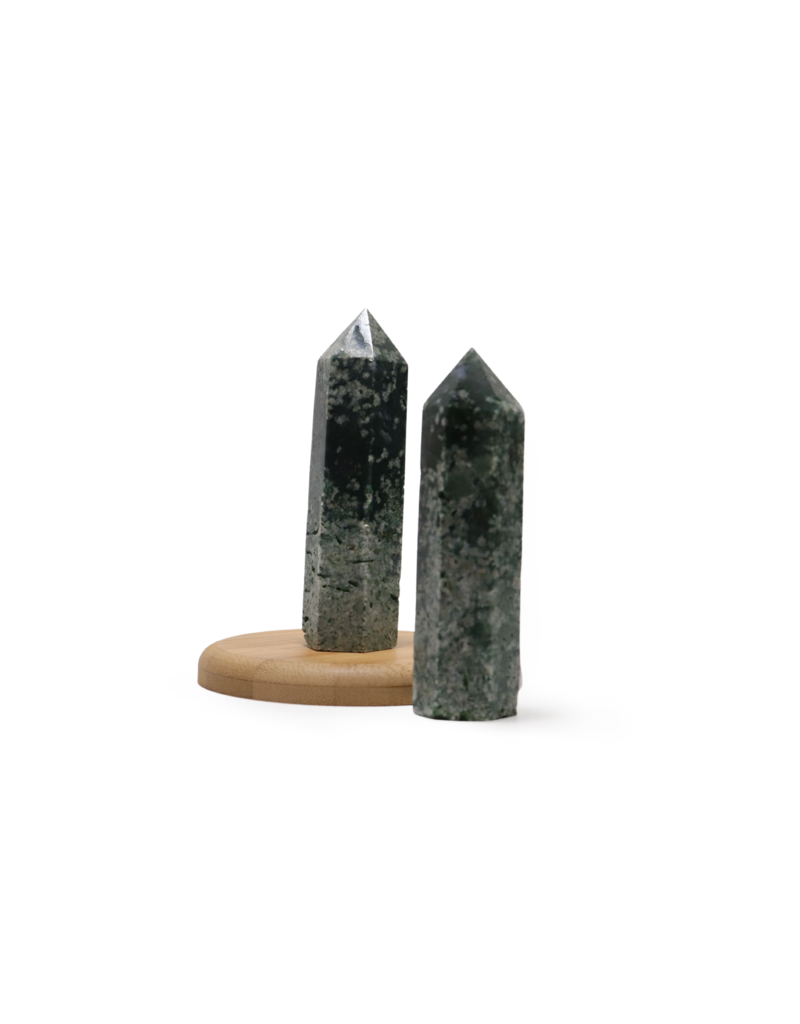 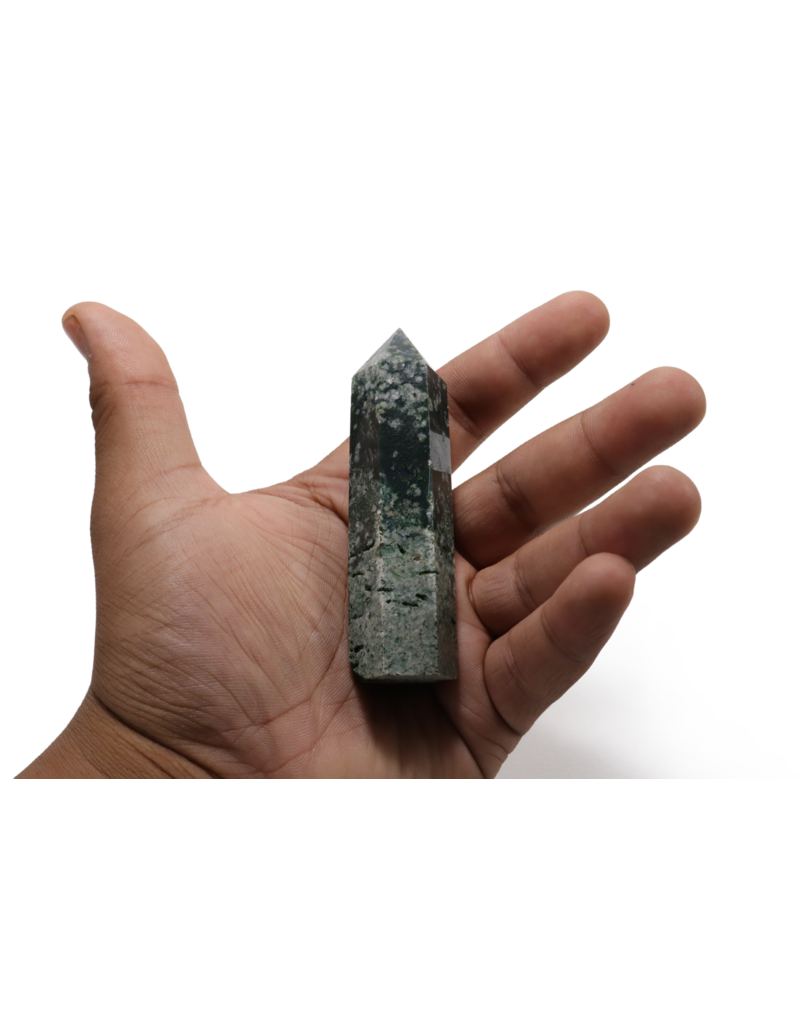 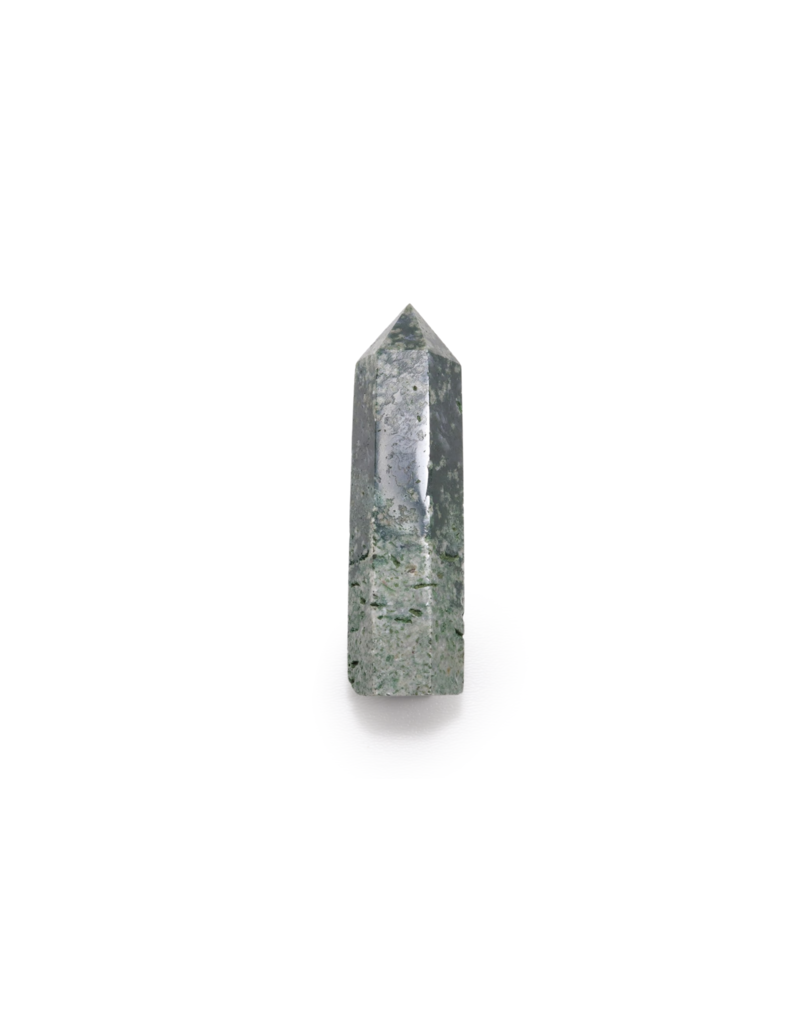 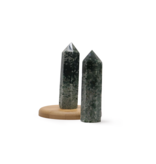 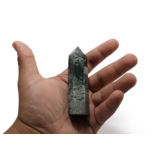 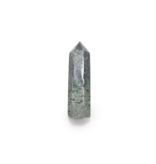 *Because of Mother Nature's varied palette, each stone will be unique.

Mineralogy: Moss agate is a variety of microcrystalline or cryptocrystalline quartz chalcedony. Moss agate is named for its green and brown inclusions which form mossy, plant-like formations inside certain agate nodules. The most common inclusions in moss agates are chlorite and amphibolite minerals such as hornblende. Like other types of chalcedony, moss agate precipitates from silica-rich water solutions to form nodules in volcanic and sometimes metamorphic rocks.

Metaphysical Properties: It is thought to connect to plant life on Earth. It's believed to invoke tranquility and balance. It is said to be a good stone for the respiratory system providing strength, motivation, and endurance. It is also referred to as the midwifery stone because it can be good for coaching mothers through childbirth.