Read about the mineralogy and metaphysical benefits of Amber and Copal

Amber is a fossilized tree resin, the oldest of which dates back 390 million years. Amber has always been valued by humans and used ornamentally and for jewelry. There are multiple different kinds of Amber that exist. The more valuable Ambers will be darker in color while lighter Amber is a little less coveted.

Baltic amber is a commonly found type of amber named for its locality along the shores of the Baltic Sea. Baltic amber was formed during the Eocene. Baltic amber is the most common type of amber, with 90% of the world's amber originating from Kaliningrad Oblast, Russia. Bitterfeld amber is similar in age to Baltic amber, but it's found in Germany. These ambers are typically pale yellow to deep orange. 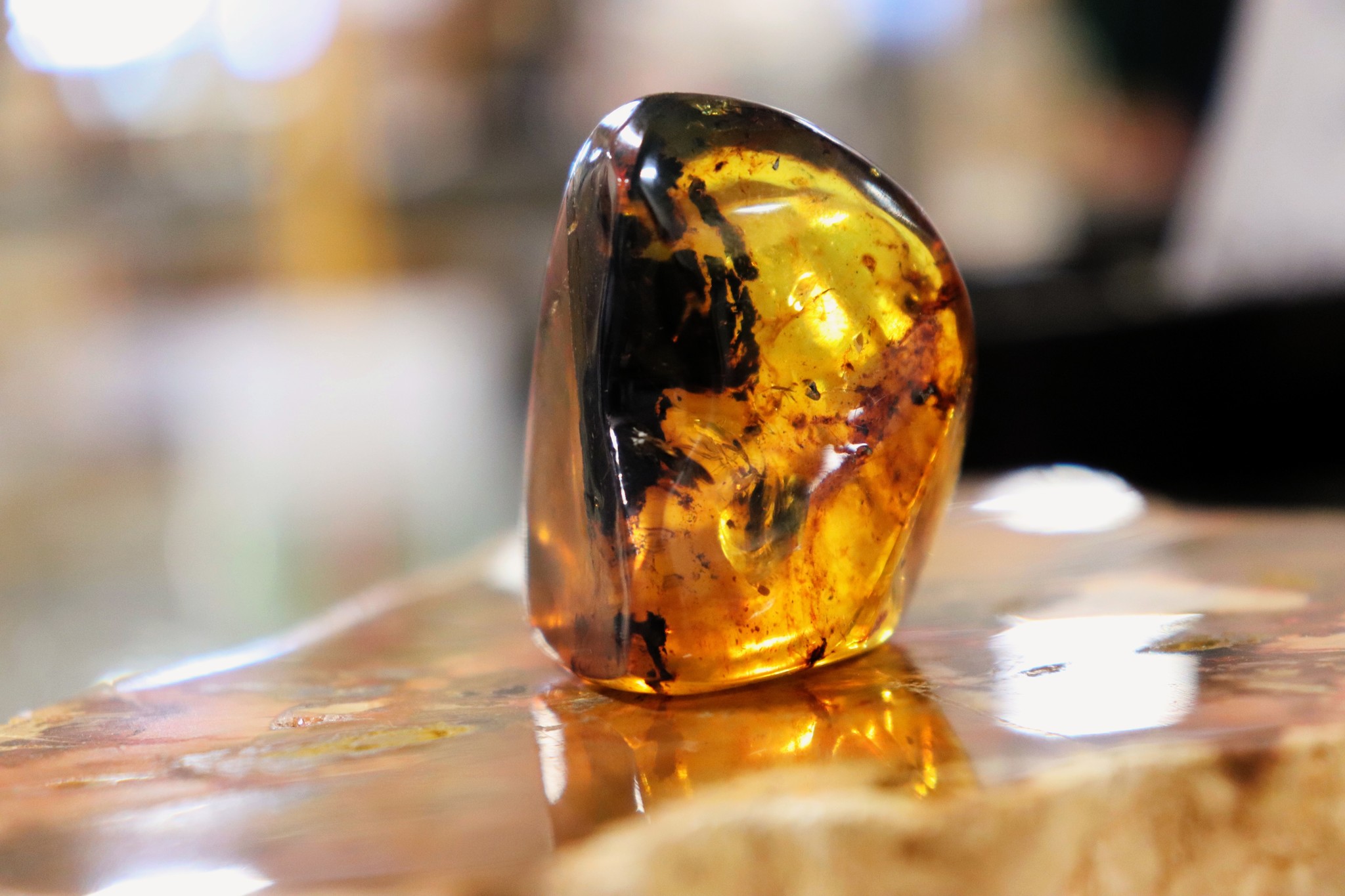 Amber can also be blue in color, blue amber is usually found in the Dominican Republic and is valued highly for its rarity and beautiful coloring. The coloring of blue amber is likely caused by the presence of perylene. Red amber is a highly valuable and rare form of amber, it is found with any yellow amber and is richer in color than typical amber.

Amber often encapsulates biological matter (like sticks, pinecones, and often whole insects) and freezes it in time. In the film Jurrasic Park, a mosquito encapsulated in a chunk of amber is used to extract dinosaur DNA. Just for the record, the revival of dinosaurs is not scientifically sound, but bugs do get encased in amber. Insect presence in amber was noted by Pliny the Elder as well, he said of amber "One great proof that amber must have been originally in a liquid state, is the fact that, owing to its transparency, certain objects are to be seen within, ants for example, gnats, and lizards. These, no doubt, must have first adhered to it while liquid, and then, upon its hardening, have remained enclosed within." 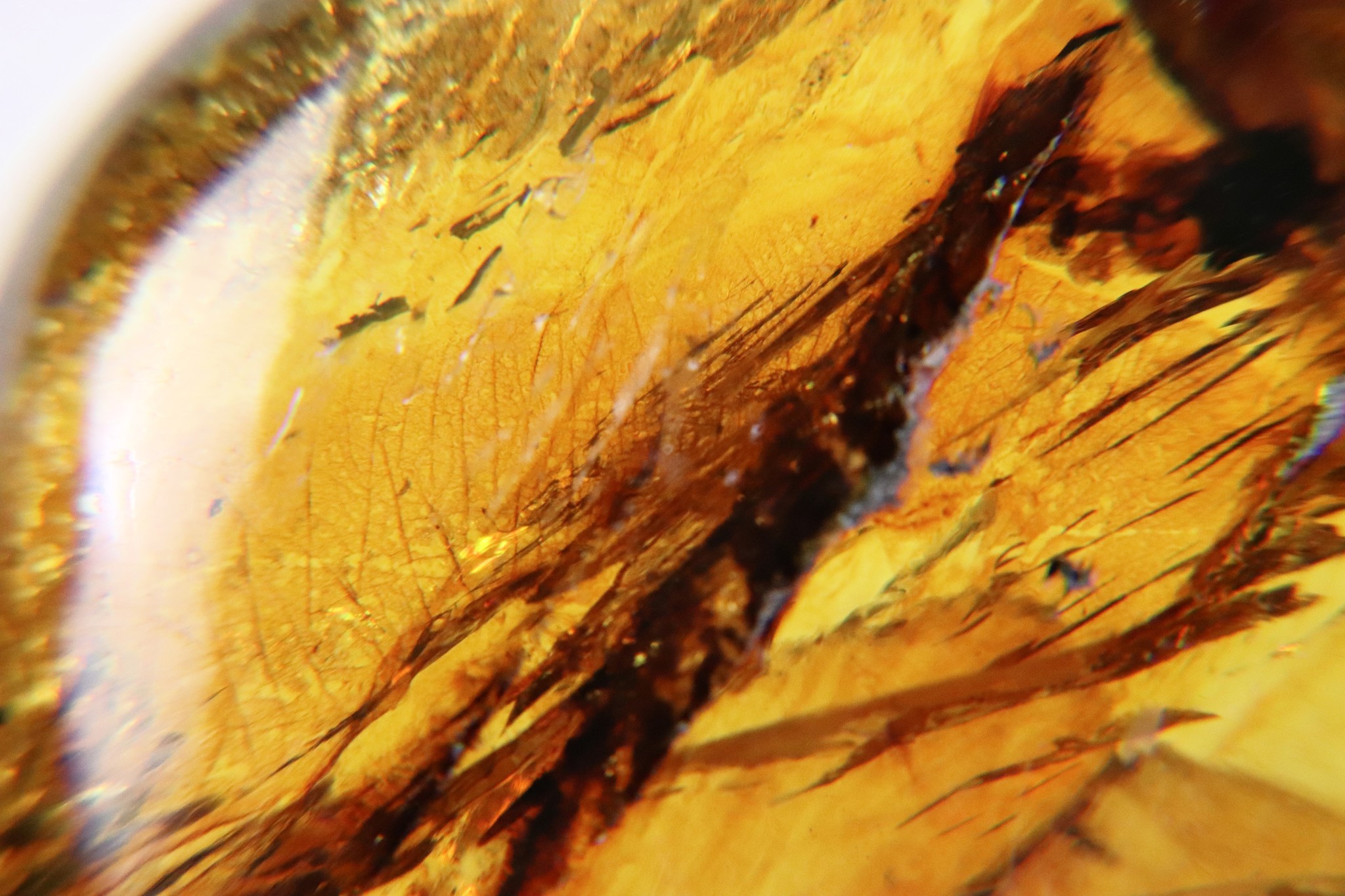 Copal is a type of young Amber from the copal tree Protium copal. Copal is a gummier and more easily dissolvable fossil than typical Amber. Copal can be burned by incense and will dissolve in more aggressive liquids (like soda). Copal is a pre-fossil and is sometimes still a gummy resin. 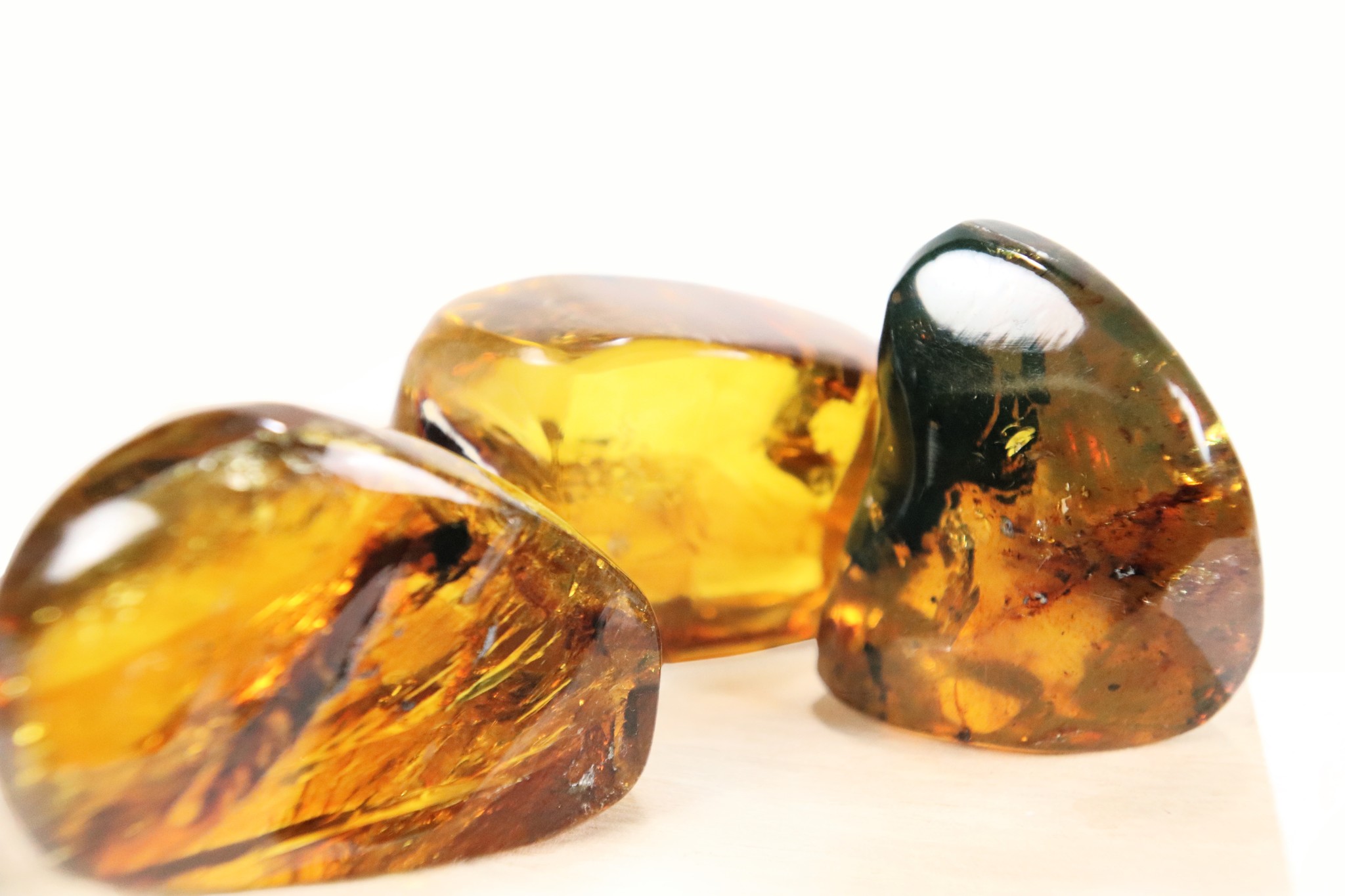 Amber typically corresponds to the Sacral and Solar Plexus chakra. Amber recycles negative energy into strength and confidence. If you're in need of a self-esteem boost, a confidence enhancer, or an anxiety remedy, amber might be exactly what you need. Amber also carries the energy of the old world, as it encapsulates pre-historic animal and plant matter. If you need to connect to the more primal and natural sides of your humanity, look no further.