The Understated Belemnite. Very Cool Fossil and (!) Tool for Geologists

The Understated Belemnite
Very Cool Fossil and (!) Tool for Geologists

Belemnites are named from the Greek word belemnon meaning dart or javelin.  The fossilized rostra (I think of it as the “nose” but it’s the shell) were thought to have been darts thrown from the sky during thunderstorms. 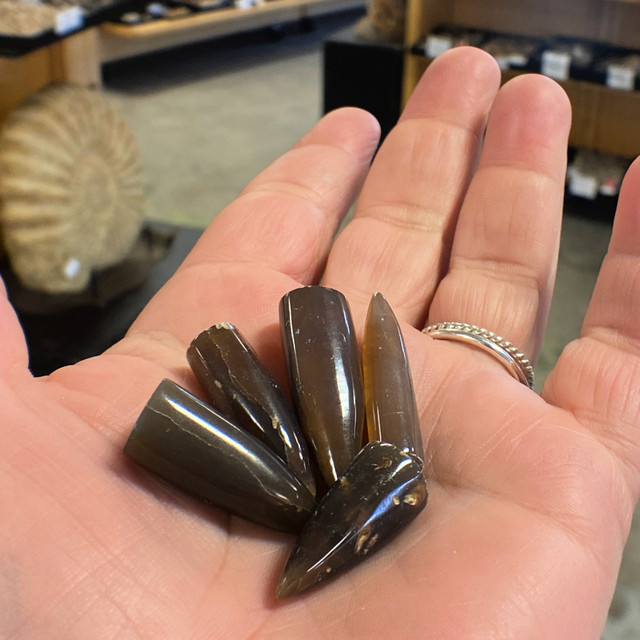 So much excitement surrounding these little sea animals.  But what is a belemnite?

Belemnites were marine animals belonging to the phylum Mollusca (animals with soft unsegmented bodies) and the class Cephalopoda (meaning “head foot”). Belemnites had an internal skeleton unlike their closest living relatives, the squid and cuttlefish. Who doesn't love a cute cephalopod?

Belemnites lived during the Jurassic and Cretaceous periods, between 201mya and 66 mya ago. They became extinct at the end of the Cretaceous Period, at roughly the same time as the dinosaurs. We know a lot about them because they are commonly found as fossils.

Uses in Geology
Belemnites can be useful tools for the geologist. Their rostra often survive where other fossils are destroyed. For instance, lots of fossils are found in sedimentary rocks, but belemnites may be preserved in metamorphic rocks. This means they can be used as guide fossils or index fossils (a fossil known to have lived in a particular time that can be used to date the rock layer they are found in). In the beginning of the Jurassic, belemnites were mainly in Europe but from then, they spread out worldwide, and they can be used to date rock layers on a global scale for Jurassic and Cretaceous periods. A big job for a little fossil ...

When many belemnites are found grouped together, it is common to find them aligned in a particular orientation. This indicates the direction of the water current   during the accumulation of sediment on the sea floor (palaeocurrent).

Ocean Temperature Indicator
Belemnites have also been used to tell geologists about Earth’s climate. By measuring the oxygen isotope ratios in the calcite of the belemnite, geologists can estimate the temperature of the sea water that the belemnite lived in (palaeotemperature). Belemnites were one of the first fossil groups to be used in this way because their rostra were thought to be resistant to change during the transformation of a sediment into rock. 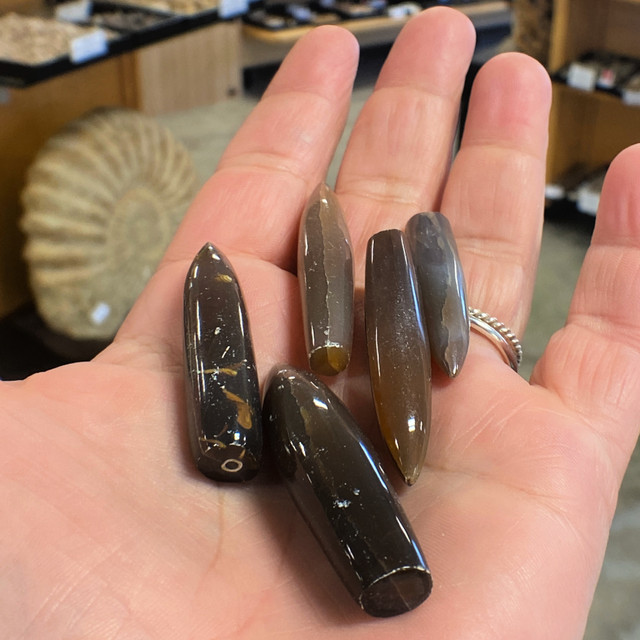 Whether the belemnite strikes you as an amazing fossilized animal that inhabited our oceans millions of years ago or as an amazing tool that has helped us discover the history of our world … you can’t deny the incredible history of these unassuming sea creatures.